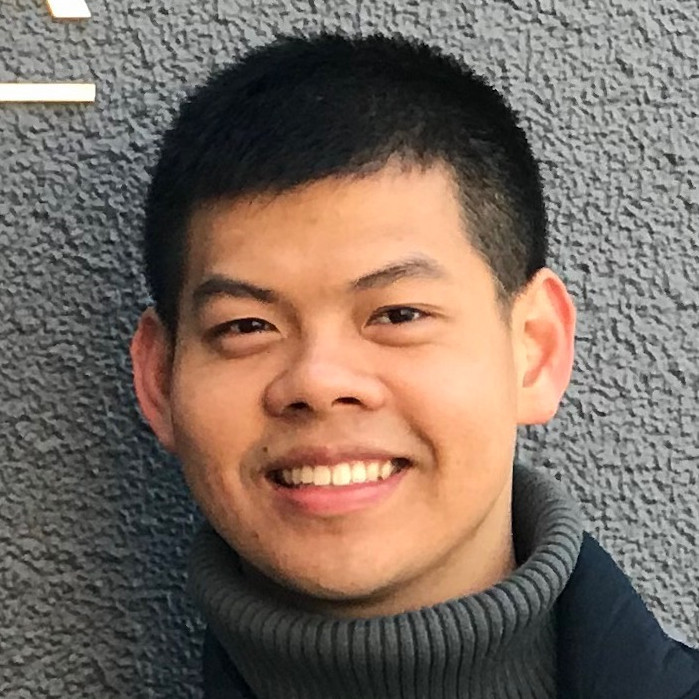 Updated 2018-07-10: I found a better alternative last 2016, which I think is the best free console emulator for Windows. Click here to learn more.

Git Bash by MSysGit is a terminal emulator for running Git from the command-line. It provides a Linux/Unix like environment for Windows when using the git command.

Git Bash brings many great features that are very helpful to Git users. Probably, the best feature it offers is the auto completion of git commands and options when pressing the “Tab” key. This feature is very helpful for starters, like me, that are not very familiar with git. It also displays the current active branch and the state of the Git repository which is really really helpful.

Another great feature that it provides is the color coded output. Colors let the users classify the output easily as compared to just displaying a block of text in plain white. 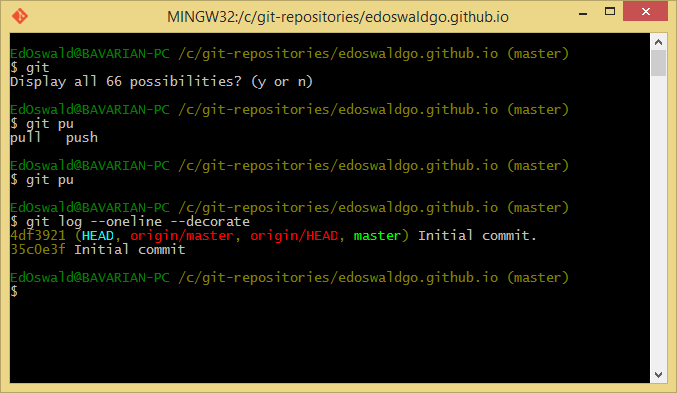 Why I don’t want to use it?

It is difficult to copy text inside Git Bash as too many clicks are needed to be done. It is a must to use “Edit -> Mark” via the context menu of Git Bash in order to highlight the text to be copied. 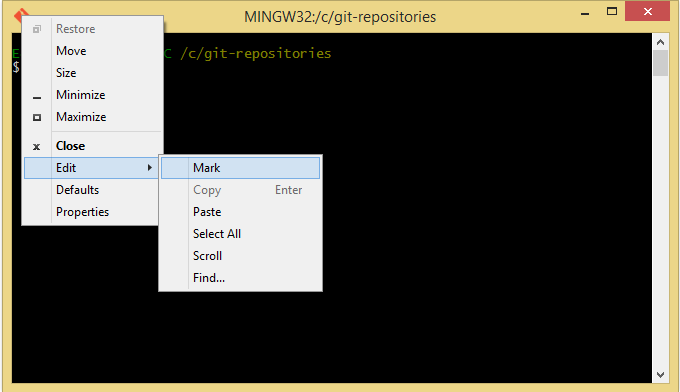 Use ConEmu or a different third-party terminal program that supports running of any desired shell. ConEmu supports highlighting of text via click and drag of the mouse. After installing ConEmu, please see the steps below for integrating ConEmu and Git Bash.

Create a new console dialog by clicking the “+” icon and choose the newly added ConEmu task. This will create a new tab in the ConEmu instance used. 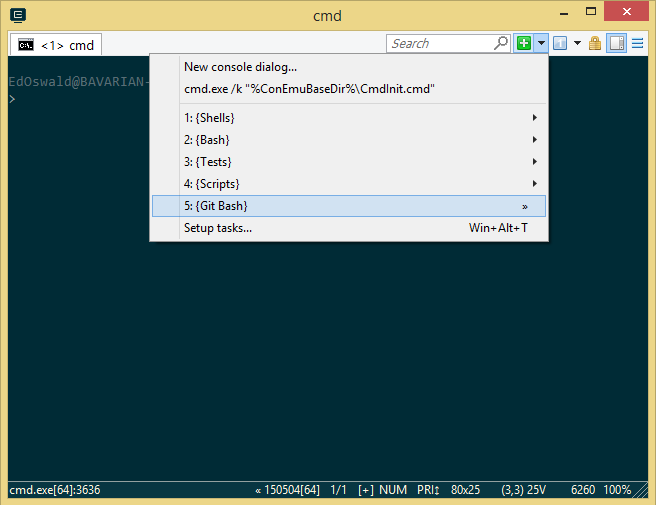 Done. Git Bash is now integrated with ConEmu and may now use the features of both terminal emulators.